When football, and the world, ground to a halt in March, Tottenham Hotspur were in big trouble.

Having come within a whisker of Chelsea in fourth in late February, they now find themselves sitting in eighth place after defeats to the Blues and Wolves, and a dreadful draw with Burnley.

They’re now seven points off a top four spot and could even be ninth in the league by the time they play their next game if Arsenal win their match with Man City on June 17.

Morale sapping losses to Norwich City in the FA Cup and RB Leipzig in the Champions League made things worse for Spurs and their suffering supporters.

By the suspension of the season they were without Harry Kane, Heung-Min Son, Steven Bergwijn and Moussa Sissoko, their forward line totally crocked, leaving Dele Alli to play as a false nine.

Everything was grim reading and Jose Mourinho’s spell in the hotseat was threatening to leave him with burnt fingers.

After the 1-0 first leg Champions League round of 16 loss to RB Leipzing in N17, he bemoaned his luck.

“We are speaking about a very difficult situation and if I could, if I could, I would move immediately to the first of July,” Mourinho said.

“And the first of July with Harry Kane, with (Moussa) Sissoko, with Son, with (Steven) Bergwijn, with Lucas (Moura), with (Erik) Lamela. I would love to be on the first of July, but I am not.

Well, maybe not quite in the manner he would have imagined, but he got his wish.

His quartet are now in training and in videos posted by the club on social media, the likes of Kane and Bergwijn look raring to go.

On the field with the forwards. #THFC

He recently told Sky Sports: “I cannot say in this moment they are ready to play because one thing is to recover from an injury, and another is to be ready to play football.

“In Harry’s case, I think for about five months he hasn’t played, but all of them are not injured any more. They are training, and training is what it is at the moment, training has a lot of limitations. We cannot compete, we cannot do one versus one, we have to keep a certain distance, we cannot compete.

“Harry Kane, Son, Bergwijn, Sissoko, all of them are fine. I think in a couple of weeks, the boys will be ready to play, of course not in the maximum of their potential, I think nobody can do that in this moment.

“For us, of course, it is a great feeling, because we finished the period with that defeat at Leipzig, where we were really, really in trouble to have 11 players, including attacking players, and in this moment (Erik) Lamela, Son, Dele (Alli), Harry Kane, Bergwijn, everybody is fit now.”

Kane was crocked before the move to sign Dutch starlet Bergwijn in January so there is the potential for a new look frontline at the Tottenham Hotspur Stadium.

But just how might Mourinho shuffle his fully fit pack? talkSPORT.com looks at two potential XIs.

Tottenham confirm positive coronavirus test from latest round of testing

With both Son and Bergwijn healthy, Kane’s leg work may be diminished, allowing him to focus more on his talents on the ball.

Injuries might have taken their toll on the Englishman so preserving himself in certain situations will be vital.

Son and Bergwijn can press high with Kane blocking passing routes, forcing opponents into mistakes, with Dele Alli behind him when Spurs are off the ball.

When they’re on it, we’re likely to see similar patterns to earlier in the campaign.

Ben Davies at left-back will be more defensive, with Serge Aurier adding extra width on the right, this will allow Bergwijn to move further inside to help Kane and link with Alli.

Giovani Lo Celso will be key in progressing the ball while Harry Winks should assume a role mopping things up in front of the defence and kicking on when allowed. 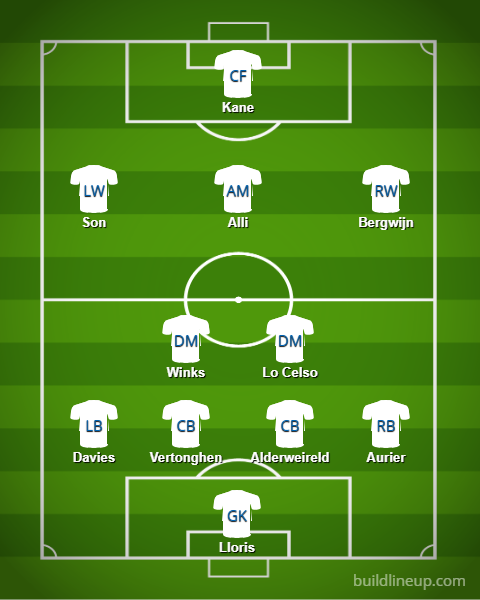 In Spurs’ last few matches of the campaign, they swapped to a back-five as they dealt with their injury crisis.

Mourinho attempted it in other games too, so we shouldn’t rule out the fact he might use this in the coming weeks.

With Davinson Sanchez’s pace keeping an aging Jan Vertonghen and Toby Alderweireld out of too much trouble, and Davies, an astute defender, also around, they should have enough protection to allow one of the centre-backs freedom to move forward on the ball.

A, hopefully, fully fit Tanguy Ndombele could pair up with Lo Celso in central midfield and the duo’s creativity could provide the ammo for Spurs’ mouth-watering new look frontline.

There is plenty of potential in the squad, but can Mourinho make it work? We’ll find out soon enough. 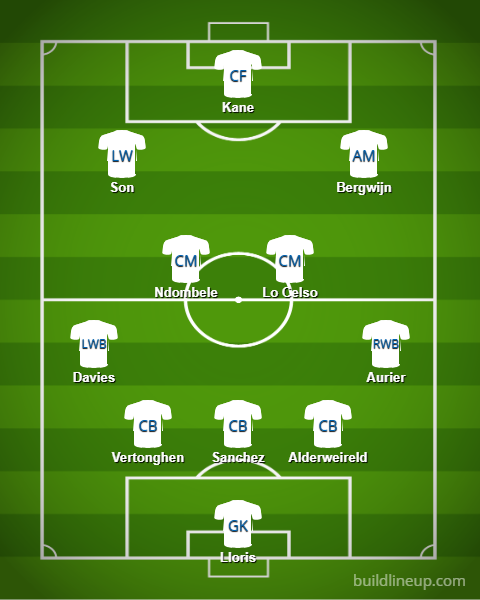