After two long and arduous months without football, the Bundesliga returns this weekend to give us some much-needed action.

Although Liverpool fans were expecting to see their side crowned Premier League champions by now, the COVID-19 pandemic has seen life as we know it grind to a shuddering stop.

The German league will be the first major European league to return – meaning you no longer have to watch celebrities play FIFA to quench your Saturday afternoon thirst.

The majority of teams have nine matches remaining of the season, with some having an extra game.

Every Bundesliga game will take place at the team’s own stadiums, however there will be no fans in attendance.

With talkSPORT bringing you two live games this weekend, it is worth brushing up on your knowledge so you know your Paderborn from your Prüfungsordnung.

Check out our handy guide for all you need to know… 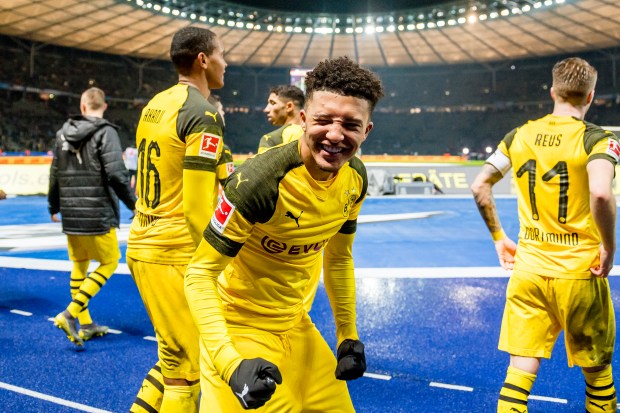 The Bundesliga resumes on May 16 with five Saturday afternoon kick-offs, including the Revierderby between Borussia Dortmund and Schalke.

What happened before the break?

There are currently just eight points separating the top five in the Bundesliga, with the title race now expected to go right to the wire.

Bayern Munich sit top of the table and are four points clear, but with the disruption to the season, it is not clear who holds an advantage anymore.

Borussia Dortmund, who pushed Bayern all the way last season, remain in the hunt and RB Leipzig – who knocked Tottenham Hotspur out of the Champions League – are still in with a shout of the title.

At the bottom, it is equally tight with relegation to Bundesliga 2 still a very real possibility for several sides.

The bottom two sides of the 18 in the division will be relegated, while the team that finishes 16th face third in Bundesliga 2 in a play-off.

Parderborn and 2004 Bundesliga champions Werder Bremen are the most likely candidates for the drop, with Augsburg and Mainz hoping to get off to good starts and propel themselves away from danger.

Who should I look out for?

While Bayern Munich’s squad is stacked with world-class talent at both ends of the pitch and the Borussia Dortmund attack looks like being the Ballon d’Or list in 2023, there are some seriously talented stars who could be playing in the Premier League soon.

Kai Havertz is the prince of German football and the youthful exuberance of Marcus (son of Lilian) Thuram and Denis Zakaria at Borussia Monchengladbach make them an enthralling side to watch.

Timo Werner is attracting interest from clubs all over the world, including Liverpool, having starred in attack for RB Leipzig.

Erling Braut Håland, the 19-year-old Norwegian sensation, will also be looking to continue where he left off having struck nine goals in his first eight games for Dortmund following his January move from Red Bull Salzburg.

A Morocco international who has helped revitalise the Gelsenkirchen club under David Wagner.

An attacking midfielder, Harit has six goals and four assists this season already. He was once on the books at Paris Saint-Germain.

Direct and pacy, this tricky winger moves in from the left with devastating impact thanks to his incredible dribbling.

Scored a cracking goal against Bayern Munich before the postponement and will need to be at his best to keep Werder in the top flight.

After losing Luka Jovic, Sebastien Haller and Ante Rebic last summer, Frankfurt looked to Kostic to help revive their attack and he has delivered.

With nine assists from his more advanced role, the Serbia international is showing his ability.

The former full-back moved to the centre of defence this season and looks so comfortable.

He’s been part of a new look, exciting team under Marco Rose who led the table for much of the season and with Bayern and Levurkusen still to play, expect Elvedi to shine.

Who can win the Bundesliga Golden Boot?

Right now some of the world’s best forwards are leading the race.

Bayern Munich’s Robert Lewandowski has won the last two and he’s at the top of the table at it stands with 25 goals to his name. 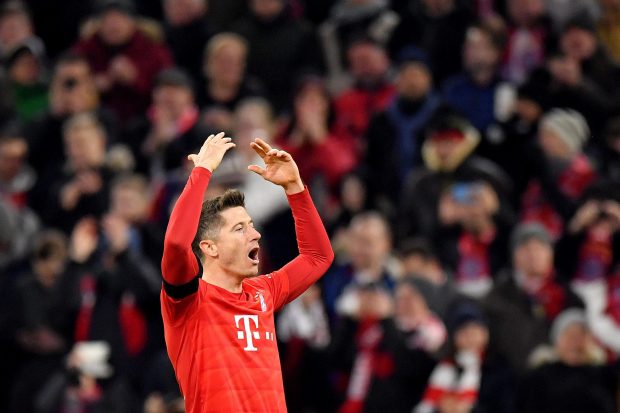 How many Brits are on show?

Quite a few! Sancho is the most well known, having established himself as one of the best young players in Europe since joining Borussia Dortmund from Manchester City in 2017 and now a key player for England too.

He has been one of the stars of the Bundesliga this season with 14 goals and 15 assists in just 23 appearances.

Former England Under-21 international Ademola Lookman is at RB Leipzig, having joined them on a permanent deal from Everton last summer following an unsuccessful stint with the Toffees. Ethan Ampadu is also at Leipzig, on loan from Chelsea.

Ampadu’s fellow Wales international Rabbi Matondo is at Schalke, alongside Jonjoe Kenny, who is on loan from Everton and has been among their most impressive performers this season.

Another Chelsea youngster, Lewis Baker, is out on loan at Fortuna Dusseldorf and Reece Oxford, formerly of West Ham, is at Augsburg. Both of those players have seen limited game time this term.

What happens if a player gets COVID-19?

Dr Tim Meyer has become one of the coronavirus task leaders for the restart of the Bundesliga.

Working on behalf of the DLF (the German FA), Meyer and his team are working to ensure players are kept as safe as possible.

He told the Bundesliga website: “When a player is tested positive on a throat swab, health authorities are notified automatically. This is regulated by law in Germany, and the local health authorities then decide about the management of that case.

“Typically, the infected person is put into isolation and then the health authorities start to research which persons were in close contact with this player who has been tested positive.

“The contact persons are classified into high-risk contacts and lower-risk contacts, and then the final decision about the management of the case is made solely by health authorities.”

How can I catch the games live?

talkSPORT have partnered with Amazon Music, the official Audio Partner of the Bundesliga, to bring you live radio coverage.

On Saturday, we’ll bring you Dortmund vs Schalke at 2:30pm. Then at 5pm on Sunday, it’s Union Berlin vs Bayern Munich on talkSPORT 2.

Listen through the website HERE, on DAB digital radio, through the talkSPORT app or simply ask your smart speaker to play talkSPORT or talkSPORT 2.
Bundesliga games are also being shown live on BT Sport, with all ten games this weekend being broadcast on their channels.