Tottenham visit Southampton in the FA Cup fourth round this weekend – live on talkSPORT – and it’s clash which will bring back fond memories for Spurs fans.

Former Liverpool star Ronny Rosenthal spent three seasons at White Hart Lane in the twilight of his career and his best moments in a Tottenham shirt came with his spectacular hat-trick against the Saints in this competition. 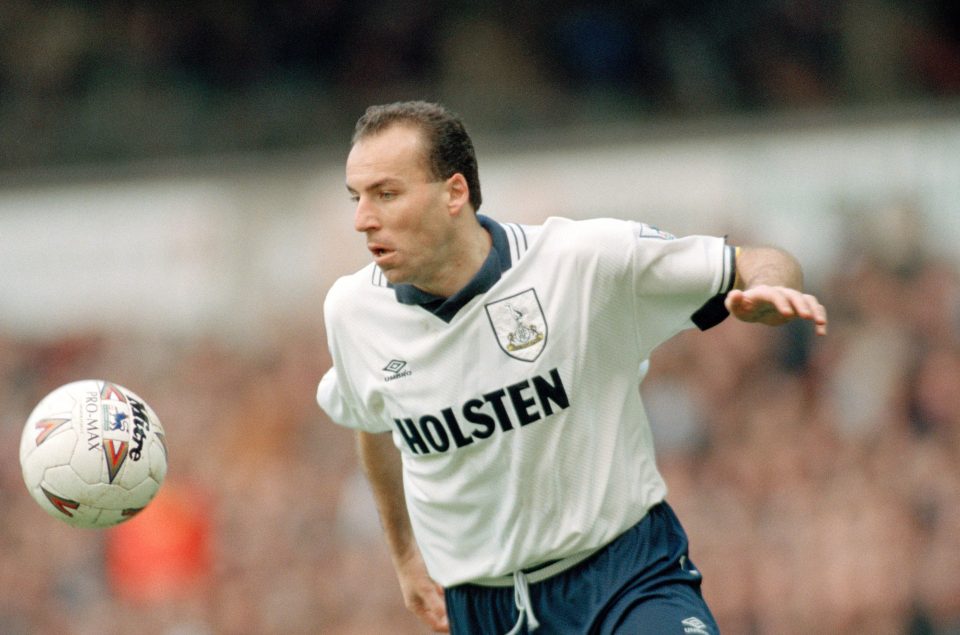 Ronny Rosenthal joined Tottenham from Liverpool in 1994Rocket Ronny may not have been prolific for Spurs but he scored some vital goals when it mattered.

None more so than the emphatic treble against the Saints at The Dell as the Lilywhites embarked on an exciting cup run.

The two sides will meet again in the FA Cup on Saturday, with commentary live on talkSPORT, and if it is anything like the match 25 years ago we are in for a cracker.

Southampton came out flying and went 2-0 up with goals from Neil Shipperley and Matt Le Tissier.

Rosenthal was brought on just before the break by then manager Gerry Francis and it proved to be an inspired substitution.

The forward was just coming back from injury and was only fit enough for the bench on that night.

He scored two magnificent left footed goals to take the match to extra-time and completed his hat-trick with a sublime strike from distance.

Spurs went on to score three more goals to make it 6-2 in the FA Cup fifth round replay.

Rosenthal told The Sun in 2019: “I am proud to say I scored quite a few goals in my career, but to hit three left footers that night – two from long range – was something I will never forget.

Check out all the LIVE commentaries coming up on talkSPORT, below…

“The second three minutes later I cut in from the right wing and thumped a shot from 25 yards which sailed in. At 2-2 the whole complexion of the game had changed.

“I then scored our third and my hat-trick 11 minutes into extra-time. This time on the left hand I struck another 25-yarder, which I think caught Bruce completely by surprise.

“From the moment I scored my third, the rest of my Spurs teammates ran riot with Teddy Sheringham, Barmby and Darren Anderton adding goals to make it look like an emphatic win at 6-2.

“I can remember being absolutely thrilled at the end having played my part in changing the cup tie and the fact is also pitted us in the sixth round tie with my old club Liverpool was something special too.

“But my abiding memory is being physically shattered having had such little game time!”

Tottenham went on to beat Rosenthal’s former club, Liverpool, in the sixth round of the competition before losing to eventual winners Everton 4-1 at Elland Road.

It was a memorable cup run for the north London club that so nearly never happened.

Before the season, Spurs were docked 12 league points and banned from the 1994/95 FA Cup for financial irregularities under the club’s previous owners.

Chairman Alan Sugar challenged the sanctions and while their fine was increased to £1.5million the points deduction and ban were revoked.

It’s been exactly one month since Harry Maguire was confirmed as Manchester United’s club captain. And when you’re captain of one of the biggest clubs in the world, that comes with great responsibility. But Maguire was perhaps fortunate to not get sent off for kicking Michy Batshuayi in the early stages of Man United’s trip […]

Barcelona have been forced to deny allegations they hired a firm to attack some of their star players on social media. Claims surfaced in Spain suggesting the LaLiga giants worked with I3 Ventures to create disparaging posts about Lionel Messi, Gerard Pique, former players and possible presidential candidates. Reports by SER Catalunya and La Llotja […]

Former Netherlands forward Andy van der Meyde has questioned Hakim Ziyech’s decision to join Chelsea. Last week, the Blues beat off competition from Manchester United and Arsenal to agree a £33.6million deal to sign the Moroccan forward from Ajax. Ziyech, who has netted 38 goals in 108 appearances for the Amsterdam club, will become Frank […]

Frank Lampard and Ole Gunnar Solskjaer both had big decisions to make with their line-ups as their sides face each other in the Premier League on Monday. The game could have serious implications on the race for Champions League football with the current gap between Chelsea in fourth and Manchester United in ninth at just […]

Tottenham still have 12 Premier League games to play this season but preparations for next season are already under way. Okay, it’s only the 2020/21 home kit that’s being readied but it’s obviously a very important part of the club’s business. Traditionally, their home strips are quite understated with a fairly plain white top and […]

How Koroga Festival went down at Hell’s Gate National Park

Revelers we indeed spoilt for choice last weekend with several events on offer – from Jamaican reggae star Buju Banton concert at the KICC Grounds, to the Love Is a Funny thing event at Kiza lounge, the Valentines Jamboree at Uhuru Grounds and the Koroga Festival at Naivasha Hell’s Gate National Park. Nonetheless a huge […]