Below is a round-up of Wednesday night’s Championship action…

Fulham’s latest failure to win at a London ground other than Craven Cottage cost them a chance to close to within a point of the Sky Bet Championship’s automatic promotion places following a drab 0-0 draw at Charltion.

They had lost each of their previous six away London derbies, so a point at The Valley was an improvement of sorts, but they will feel they should have done more against a team at the wrong end of the table.

Charlton have won just one of their past 16 matches in the Championship but they at least battled hard for a result to celebrate the award of a three-year contract to manager Lee Bowyer.

Sam Baldock’s equaliser earned Reading a 1-1 draw against Nottingham Forest at the City Ground as the sides played out more late drama in the Sky Bet Championship.

It was the same score – and an almost identical plot to when these clubs met 11 days previously in Berkshire – as Forest took the lead late on, only for the visitors to claw themselves level.

Lewis Grabban scored an 80th-minute goal that might have lifted Forest into third place, had Sabri Lamouchi’s side been able to hold on for the win.

The Royals had other ideas and substitute Baldock pulled them level just three minutes later, to leave Forest frustrated for the second time in just over a week. 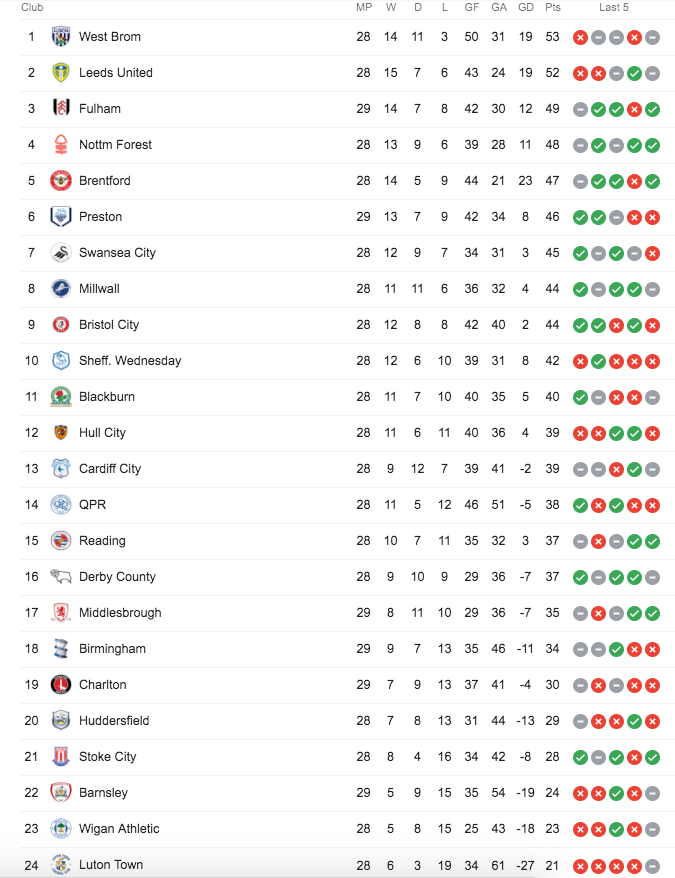 The Championship table after tonight’s results