Tottenham have completed the signing of Gedson Fernandes, signing the 21-year-old on an 18-month loan.

The young Portuguese ace becomes the first signing under Jose Mourinho since he took over at White Hart Lane and Fernandes described it as a dream come true.

But who is he? He has been described as ‘a modern midfielder’ with ‘enormous potential’, but the club have been warned he is one for the future, rather than right now.

That’s according to journalist Andy Brassell, who told fans not to expect the finished article from the new boy. 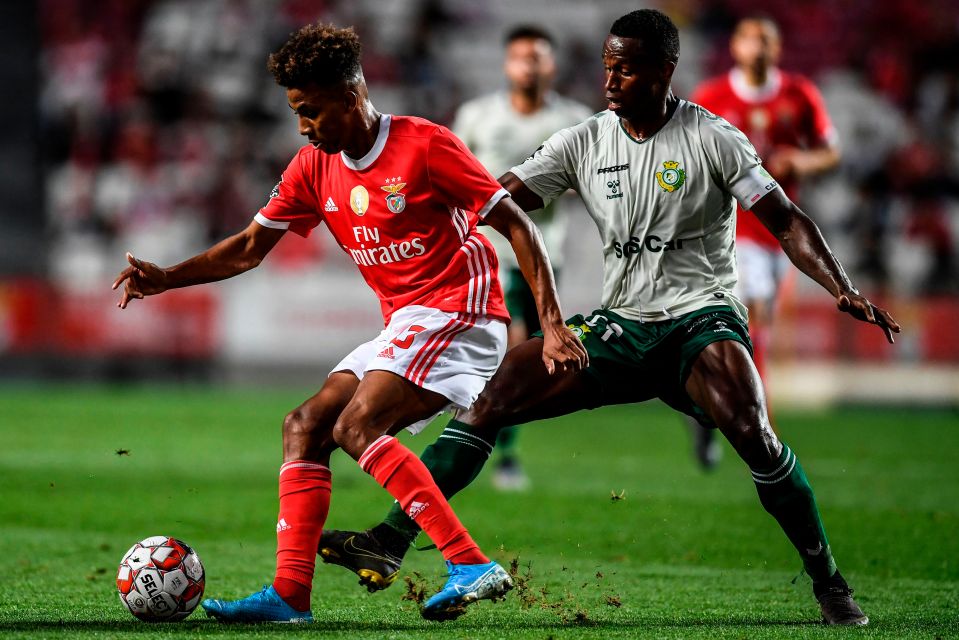 Gedson Fernandes has said to have snubbed interest from Man United and West Ham to agree to join SpursThe Portugal international – with two senior caps – has attracted plenty of interest with his performances in his homeland and Manchester United and West Ham were also said to be keen on signing him.

But Tottenham have beaten the competition to agree terms with the up-and-coming midfielder – which may or may not have something to do with the fact his agent, Jorge Mendes, also represents Mourinho.

Who is Gedson Fernandes? Profile of Benfica ace set to join Tottenham

Fernandes is regarded as one of the brightest young talents in Portugal, and Brassell told talkSPORT what fans can expect from the midfield man, as well as some details about his move to north London.

And his main message was one of caution to supporters.

“I think it’s reasonable to be cautious,” he said on Hawksbee and Jacobs. “It will take time, it’s not an instant impact signing.

“Gedson is a player who came into the Benfica side last season as a teenager and impressed so much.

“He’s not massive but he’s a kind of modern midfielder, he can make his tackles, he can bring the ball forward into the opposition half and take it around players.

“He’s not everyone’s idea of a classical defensive midfielder but he can definitely do that job.

“He’ll need time though – he’s only started twice in the league this season.

“He really impressed last season and was especially great in the European games, and they signed him to a big new contract which had the biggest buy-out clause in Benfica’s history – £130million, but that’s a negotiating position, rather than what the player is worth.

“The deal makes sense, it’s a try before you buy.

“If he does do well in the Premier League, and I think in time he certainly could because he’s got an enormous amount of potential, then he would have genuine value and they can sell him on for something close that that figure.

“I imagine something around the £55m-£60m mark would probably be built into the deal so Spurs could sign him permanently if they wanted to.”

Listen back to European football expect Andy Brassell on talkSPORT above

On Saturday night, Donald ‘Cowboy’ Cerrone meets ‘The Notorious’ Conor McGregor in the octagon. While everyone is keen to see what sort of fighter McGregor has become since his last UFC fight, way back in October 2018, Cerrone has been much more active – one of the most active in the entire company. He may […]

Fulham kept the pressure on promotion rivals Leeds and West Brom with 1-0 win at home to Middlesbrough on Friday night. Anthony Knockaert’s early strike was enough to secure the three points for Scott Parker’s side. The result also put an end to a good run for Boro, who went into the game unbeaten in […]

talkSPORT.com rounds up all the latest transfer news and football gossip from Friday’s papers and online… Manchester United will be offered Edinson Cavani on a free transfer in the summer. The striker is currently at Paris Saint-Germain but looks set to leave the Ligue 1 club when his contract ends after the current campaign. Cavani […]

The transfer window is now open and we will keep you across all the big news, rumours and gossip throughout January. Tune into talkSPORT for the very latest news and expert reaction from former managers, players and top pundits and follow our live rolling blog below… Top stories on talkSPORT.com Ashley Young leaves Manchester United […]

Rangers will be punished for gestures made by Alfredo Morelos and Ryan Kent during their victory at Celtic, however, both players have escaped individual action. The Scottish Football Association has charged Gers with failing to ensure players and officials conduct themselves in an orderly fashion against Hibernian and Celtic in December. However, Kent and Morelos […]

A furious President Uhuru Kenyatta on Friday dropped common decency when he publicly referred to the Salaries and Remuneration Commission chairperson Lyn Mengich as “wewe mama”. The President was speaking at State House, Mombasa when he made the utterances. Mr Kenyatta cut off his speech to ask Ms Mengich why security officers had not been […]