Tottenham are really struggling this season in the Premier League.

It’s been a nightmare opening to the campaign which now sees them sitting 14th in the table.

It should, however, be noted Spurs are just five points off fifth place so a turn around really isn’t out of the question.

This is perhaps why we’re beginning to see a number transfer targets pop up on the club’s radar.

Manager Mauricio Pochettino is now seeing his future being brought into question but while he’s definitely making some big mistakes this season he’s still got time to make things right in north London.

And a trio of targets, according to Bleacher Report, could see Spurs fire themselves back into the reckoning.

got to wern it

England qualify for Euro 2020 thanks to Kane's treble against Montenegro

Championship duo fined by FA for failing to control their players

The biggest name being looked at by Tottenham, according to reports, is Ajax’s Moroccan midfield maestro.

It’s no wonder either after his scintillating performances over the past two-and-a-half years.

He was in truly stunning form last season as the Dutch giants won the Eredivisie while shocking Real Madrid and Juventus in the Champions League.

Ziyech hasn’t let the disappointment get to him though and he signed a new deal in Amsterdam.

Since then he followed up a campaign with 29 goal contributions in the league with 13 in 12 games, as he’s netted five goals and made eight assists in a side shorn of Frenkie de Jong and Matthijs de Ligt.

Not only is the shot hungry midfielder a versatile player capable of slotting in centrally or out wide, he’s got the creative nous to feed Harry Kane who has been starved of goal-scoring opportunities this season.

Ziyech has also been averaging 2.3 tackles per game in Dutch top-flight this season and 2 in the Champions League so he’s a man for all occasions, which is right up Pochettino’s alley.

The biggest stumbling block, though, is likely to be his cost as the new deal he signed in the summer removed his low release clause, thought to be £26million.

If you’ve been keeping up to date on the best young prospects in Europe over the last five years you will undoubtedly have heard of RB Leipzig’s defensive starlet.

A French Under-21 international, Upamecano has formed a formidable partnership with Ibrahima Konate for club and country.

In the Bundesliga he’s been part of a defence which has conceded just nine goals in his seven starts.

A centre-back who uses his positioning to battle his opponents rather than getting physical, he would be a fine prospect to replace Jan Vertonghen and Toby Alderweireld who are set to leave the club in the summer, if not before.

It’s rare you will see the composed defender hit the deck in an attempt to win possession too, as he often prods the ball away while in close quarters with his opponent.

Don’t sleep on his ability in possession either; while right-footed he can use his left efficiently and isn’t scared to hit a long pass – although not quite to the standard of ‘Sultan of Ping’ Alderweireld.

A fee of around £50m is seemingly bandied about but with a year-and-a-half left on his current deal Leipzig could be spooked into selling at a reasonable price.

One for the future rather than one for right now, the Celta Vigo star hasn’t quite had the same impact as he did last season.

His six goals and seven assists saw him earn a cap for Spain where he scored the winner in a 1-0 victory over Bosnia and Herzegovina.

Mendez’s underperformance this season will certainly beg the question of why Spurs are interested but it’s possible Pochettino believes the player can still be coached up at 22, while also adding vital depth.

This is a deal that could happen but it’s unlikely he’ll be a regular in the starting XI anytime soon if it does.

How Tottenham could look 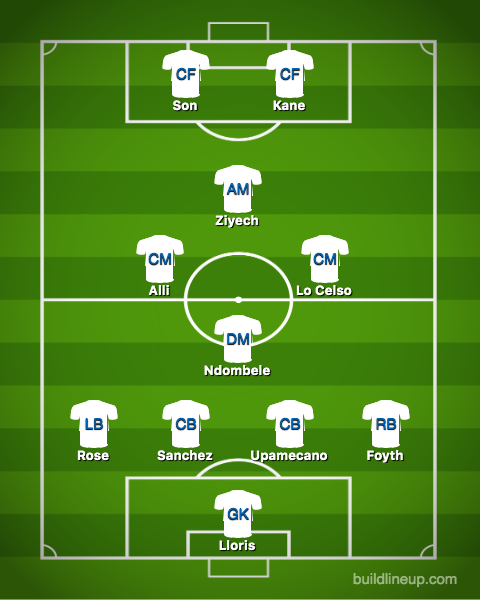 Pochettino currently has a penchant for a narrow midfield but with Moussa Sissoko and Harry Winks in it in recent years it’s lacked the attacking momentum and technical quality needed to thrive.

Summer signings Tanguy Ndombele and Giovani Lo Celso are beginning to really show what they can bring to the table and Ziyech would only add to the quality available.

It would be hard to see Kane struggling to score with these men around him.

Elsewhere, Upamecano is likely to slot in with Davinson Sanchez, while Juan Foyth is looking like their option at right-back for the foreseeable future. 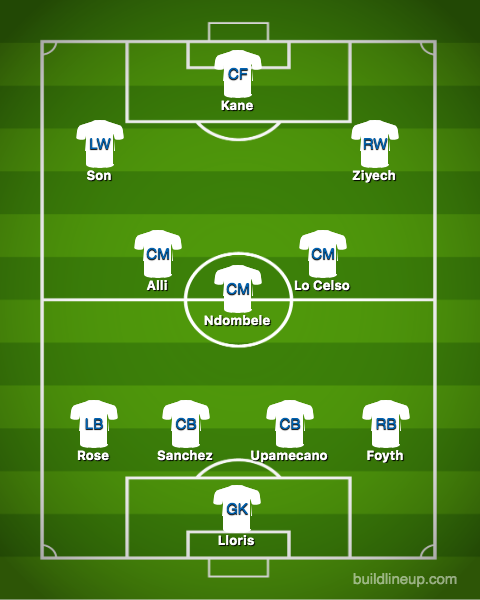 We’ve also seen Pochettino use a 4-3-3 at points this season and Ziyech could easily come in and operate on the right flank thanks to his abilities going forward and defensively too.

As with the diamond, Upamecano would slot in amongst the defenders currently most likely to continue in the first-team. 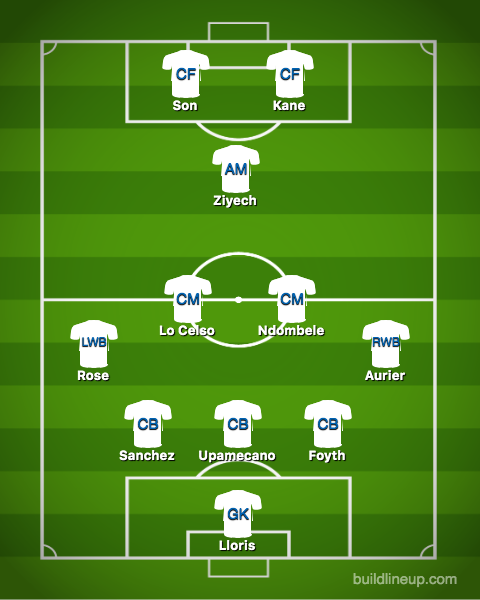 An old favourite but still used on occasion, it didn’t work too well against Watford.

However, now Giovani Lo Celso and Tanguy Ndombele are being fully integrated into the team, and with two more signings possibly on the way, it may be revisited.

Foyth could drop into the back-three, although right now this would mean Serge Aurier, who has had a dreadful season, coming in at right wing-back.
Ziyech though could drop in as no.10 and create chances for Kane and Heung-min Son.

Matty Longstaff is set to quit Newcastle United at the end of the season to join Udinese, according to reports. The Serie A side are understood to have offered the midfielder a deal worth 30 times his current salary, which is also twice as much as the Magpies are offering. Longstaff is out of contract […]

New Orleans protestors have vented their anger at Drew Brees following his controversial comments over kneeling in the NFL. The New Orleans Saints quarterback received a huge backlash from the public, his own teammates and sporting greats, including LeBron James, for saying it would be disrespectful to the United States flag if people kneeled. Former […]

Ian Holloway believes former Crystal Palace owner and talkSPORT pundit Simon Jordan should be given a prominent role working in English football. Holloway, who is currently in charge of League Two outfit Grimsby Town, didn’t mince his words as he expressed sympathy for the ‘impossible job’ the EFL currently face amid the coronavirus pandemic. “Everything […]

Mason Holgate has expressed his delight at the news that veteran defender Leighton Baines has been offered a one-year extension at Goodison Park. Baines, 35, joined the club from Wigan in 2007 for £6million and has gone on to make 417 appearances for the Premier League outfit. Baines has had a massive impact on Holgate’s […]

Conor McGregor may not yet have an opponent scheduled, but the former two-weight UFC champion is certainly making sure he stays ready for a call. McGregor made a spectacular return at UFC 246 in January, requiring just 40 seconds to put future Hall of Fame fighter Donald ‘Cowboy’ Cerrone away. While the outbreak of COVID-19 […]

AFC Leopards coach Anthony “Modo” Kimani has paid glowing tribute to the team’s midfielder Austin Ochieng. According to Kimani, Ochieng, who joined Ingwe from the youth side, has what it takes to become a great midfielder, not just at the club level but for the national team as well. “He is a special talent and […]

Gilad is deeply in love but home alone in ‘Mawingu’ – VIDEO

Kenyans on quarantine having the time of their lives – VIDEO