Tottenham will be looking for a repeat of their previous meeting against Red Star Belgrade when the two sides meet again on Wednesday evening.

Harry Kane and Heung-Min Son both notched doubles, with Erik Lamela also on the scoresheet as Mauricio Pochettino’s men ran out 5-0 winners at the Tottenham Hotspur Stadium a fortnight ago.

That was the last time the north London side tasted victory, with just one win in their last six games in all competitions.

Last year’s Champions League finalists are looking for a welcome distraction from their domestic form, with Spurs currently lying 11th in the Premier League.

Red Star Belgrade, on the other hand, have won all but one of their 14 Serbian SuperLiga encounters to date and lie six points clear at the top of the table.

talkSPORT.com has taken a look at how both sides could line up for the Champions League clash – which is LIVE on talkSPORT.

Red Star head into this game with no injury concerns and a fully fit squad to choose from.

Manager Vladan Milojevic is primed to start with both Milan Pakvov and Veljko Simic, after they key attacking duo were both brought off during the club’s 2-0 win over Proleter Novi Sad.

Pochettino’s only long-term injury concern remains his captain Hugo Lloris, who is currently nursing an elbow injury that is set to keep him out of action until 2020, while Erik Lamela misses out again but with a short-term issue.

England striker Kane missed Sunday’s clash with Everton due to illness, but is expected to lead the line for Spurs in Belgrade.

Giovani Lo Celso is also in line for his first start after a string of cameos from the bench.

Meanwhile, Son and Serge Aurier could both be rested following the traumatic turn of events in Sunday’s 1-1 draw at Everton.

Both players were involved in the incident which resulted in a sickening injury to Toffees midfielder Andre Gomes. 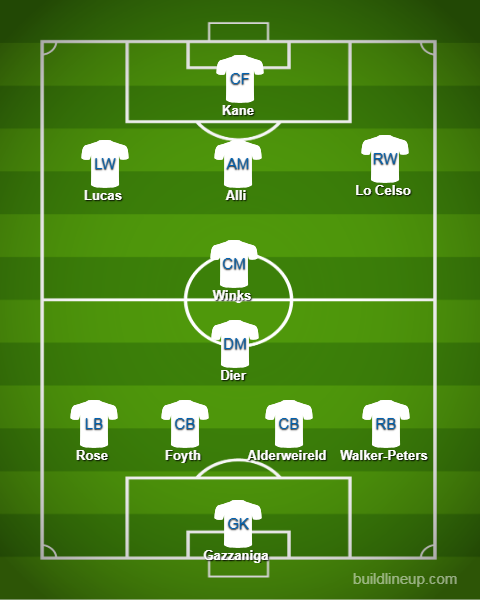 Aston Villa skipper Jack Grealish has been charged with driving without due care and attention, as well as failing to stop at a collision. West Midlands Police confirmed on Thursday the following action had been taken after an incident in Dickens Heath, Solihull, on March 29. #CHARGED | A Premier League footballer has been charged […]