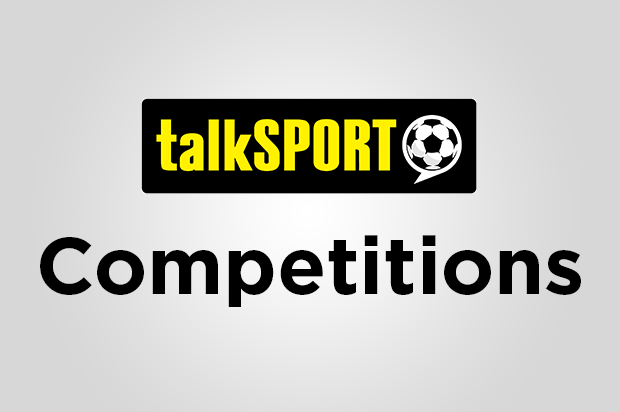 The new book from talkSPORT which brilliantly captures all of the mayhem and madness surrounding the station from the last two decades. There’s stories from all of the main presenters including Alan Brazil, Ally McCoist, Adrian Durham, Darren Gough , Ray Parlour and many more. Its a funny and very entertaining read.

To celebrate the release of the new book, we’re giving you the chance of winning 1 of 20 copies – signed by Alan Brazil and Ray Parlour. All you have to do is answer the question below correctly and we’ll select 20 lucky winners from the correct answers received before 9am on Monday 14th October.

Please note that by entering this competition you consent to having your details used in accordance with the Wireless Privacy Policy and your data will be used to contact you in case you are selected as a winner.

Manchester United boss Ole Gunnar Solskjaer has invited world heavyweight champion Tyson Fury to deliver a motivational speech to his squad. The ‘Gypsy King’ flattened Deontay Wilder last Saturday night in Las Vegas to claim the WBC and Ring Magazine heavyweight titles in emphatic fashion and cement his standing as the best in the world. […]

Arsenal have reportedly attempted to revive contract talks with star forward Pierre-Emerick Aubameyang. Aubameyang, 30, has been in excellent form this season, and he currently sits as the Premier League’s joint-leading scorer for 2019/20 with 17 goals in only 25 appearances. However, doubts have been raised over his future as his contract expires at the […]

Fans of ADO Den Haag confronted Alan Pardew during a training session in protest at the manager’s poor tactics. In a scene reminiscent of Mike Bassett: England Manager – presumably without as much swearing – the disgruntled supporters of the Eredivisie side brought flipboards and tactics sheets to remonstrate with the squad. Around 10 beleaguered […]

Real Madrid will attempt to lure Liverpool star Mohamed Salah to the Bernabeu once they sell Gareth Bale, reports claim. The Reds could face a fight to keep hold of their forward, with Real understood to be plotting a £126million bid for Salah. However, the Spanish giants want to offload the injury-prone Bale first. Bale, […]

Neil Warnock has joked Sergio Ramos clearly didn’t fancy a trip to drizzly England after he was sent off in Real Madrid’s 2-1 Champions League defeat to Manchester City. There was a familiar scene at the Bernabeu as the Spanish centre-back was given his marching orders for a last-man challenge on Gabriel Jesus. Remarkably, that […]

Renowned lawyer and human rights defender Njonjo Mue on Thursday afternoon held a solo prayer at Uhuru Park for ‘the fall of President Uhuru Kenyatta’. Mr Mue had asked Kenyans to join him for prayers to ask God to remove President Kenyatta from power, but his calls went unheeded as only he and a handful […]