It was a key moment in the rivalry between Tottenham and Arsenal, so talkSPORT looks at events 100 years ago and asks, what if things had taken a different course? So, what if Arsenal owner Sir Henry Norris hadn’t engineered Spurs’ relegation and sparked a 100 years of bitterness…

If you’ve never heard of Norris, then ask your Tottenham supporting mate or visit any Spurs fan forum. You’re likely to hear and read many colourful references to him because this is the bloke who started it all.

He has been dead for more than 70 years, but his name still stirs emotion on both sides of the divide. Norris was the man who uprooted Arsenal from south London and planted them on Tottenham’s turf, which didn’t go down well with either set of supporters.

Then there was the whole orchestrating Spurs’ relegation thing. Fans didn’t much appreciate that either.

Born in Kennington, south London in 1865, Norris made his fortune through property and by the time he took over at Woolwich Arsenal in 1910 – he was also chairman of Fulham at the time – he had a contacts book to rival Jim White’s. Basically, if you wore a top hat to work, donned plus fours on the weekend and had more than a tenner in your pocket, then you probably knew Norris.

His ‘friends’ ranged from political types, to members of the church and football’s big wigs and he was on a mission to turn the Gunners into a powerhouse. He was prepared to do it by any means necessary and to say he put a lot of noses out of joint along the way is an understatement.

Klopp reveals what he said to Mane after 'altercation' with Salah

What happened in the Premier League on Saturday?

The club was in a financial mess when he arrived; their Manor Ground in Plumstead did not attract enough fans and atmosphere was in short supply. Although the latter problem has never been resolved – it’s not called the library for nothing – the fanbase has grown, the ground is regularly full and Arsenal are one of the richest teams in the world.

Norris’ argument for moving was actually helped by Arsenal’s relegation to Division Two in 1913, so as supporters stayed away – even fickle fans still existed back then – he was able to highlight the low turnout for home matches and the numerous areas of support they could tap into north of the River Thames.

Arsenal fan and author Jon Spurling has written that many fans back then believed Norris was deliberately under-investing in the team knowing this would lead to dwindling crowds and make his case for leaving even stronger.

However, if he thought opposition to the relocation from south London Gooners was strong, it was nothing compared to what they were saying in Tottenham, with adverts in the local press being placed begging fans not to be swayed by these ‘Woolwich interlopers’. Even residents of the respectable Highbury neighbourhood were opposed to the move – they didn’t want noisy football fans disrupting their weekends.

Norris got his way, though, and thanks to his pals in the church, he was able to rent six acres of land from St John’s College of Divinity in Highbury (below) in 1913, paying £21,000 for a 21-year lease.

And then his grand plans were disrupted by the outbreak of war in 1914, which put a halt to league football.

Already a very disliked man, Norris decided to stake a claim for enemy no.1 when the Football League resumed in 1919. A decision had been made to extend the First Division from 20 teams to 22 clubs and he somehow argued that Arsenal, now without Woolwich in their name, be given a place in the top flight despite finishing FIFTH in Division TWO at the end of the 1914/15 season.

On the one hand it was genius. On the other it was downright cheating.

Most people expected Chelsea and Tottenham, who finished in the First Division’s bottom two places in 1915, to earn a reprieve. 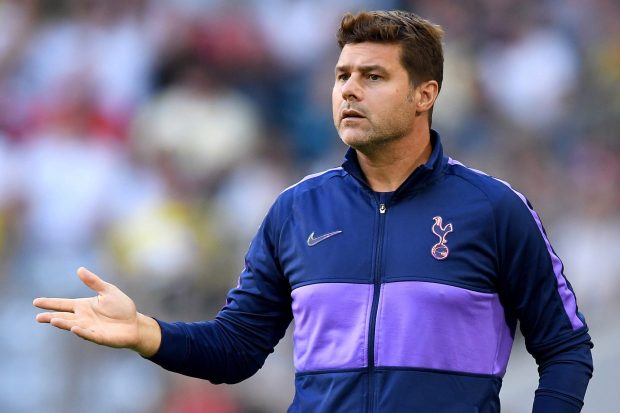 Sure enough, Chelsea were given their stay of execution and promoted Derby and Preston joined them in the top tier, which left one other place up for grabs. Barnsley, third in Division Two, could have pushed for a play-off match against Tottenham, but that’s when the network of contacts Norris had worked so hard to cultivate paid off.

He happened to be mates with league chairman and Liverpool owner John McKenna and is alleged to have ‘influenced’ him in his speech to the election committee at the Football League’s Annual General Meeting where he recommended Arsenal be promoted ahead of their new local rivals.

“Norris secretly ‘canvassed’ every single member of the FA committee – bar Spurs directors, who were kept completely in the dark throughout and suspected nothing – with the proposal that Arsenal deserved promotion,” Spurling writes in Rebels for the Cause: The Alternative History of Arsenal Football Club.

According to Norris, Arsenal deserved a higher standing having joined the Football League 15 years before Spurs in 1893, leaving out the fact Wolves, fourth in Division Two, were there at the league’s inception.

He argued Chelsea deserved being saved over Man United, who would have been in the Blues’ position had they not gained two points when, during a match on Good Friday in 1915, four Liverpool players had conspired to lose a game to United in return for cash.

He didn’t call for the demotion of the north-west giants, which probably earned him a few gold stars, and no doubt helped ease McKenna’s conscience.

Anyway, the Gunners won the election by 10 votes, with 18 votes to Spurs’ eight. It was like an episode of House of Cards.

A hatred was born and though Norris never confirmed or denied allegations of corruption before his death in 1934, maybe, just maybe, those chants of ‘same old Arsenal, always cheating’ have an element of truth in them?

But what if he didn’t work his ‘magic’?

Let’s face it, had Arsenal remained in Division Two then there probably wouldn’t be a Herbert Chapman statue outside the Emirates Stadium (below), would there? Or that famous bronze statue of the Yorkshireman which stood in the marble halls of Highbury’s entrance may never have been commissioned.

That was there to serve as a permanent reminder to everyone who passed it of this great manager’s legacy because, central to all their success in the late 20s and early 30s, was Chapman.

Would Arsenal have been in a position to offer him a £2,000 salary – double what he was on at Huddersfield – to lure him south in 1925?

It was also Chapman who persuaded the ruthless and notorious penny pincher to invest in the team. This was the same Norris whose advert for the Arsenal job read: “Gentlemen whose sole ability to build up a good side depends on the payment of heavy and exhorbitant [sic] transfer fees need not apply”.

Larger gate receipts no doubt contributed to the growing coffers, but would the bigger crowds Norris craved have remained if their stay in the second tier was prolonged? Doubtful.

Chapman was true to his word when he told fans it would take him five years to build a winning team, as they celebrated FA Cup success in 1930 (below). That wait for a major trophy was long enough and would surely have been even longer if they were still in Division Two, wouldn’t it?

Incidentally, Tottenham bounced back from relegation immediately and then won the FA Cup in 1921, which was their second triumph in the competition.

This isn’t to say Arsenal would not have eventually scaled football’s summit, but dominating the 1930s seems unlikely and that would have been to teams like Aston Villa, Sunderland and Wolves’ advantage considering they finished runners-up to Arsenal during the decade.

Then another War interrupted the professional game again.

It would have been interesting to know whether Norris would have remained in control of a Division Two club considering the debt he was accruing – around the time of the move to Highbury it was around £60,000.

Where would the Hill-Wood family have figured? Samuel, grandfather to recent Arsenal chairman Peter Hill-Wood, who retired in 2013, was on the board in 1922 and only became chairman in 1927 when Norris stood down in disgrace for his part in an illegal payments scandal relating to the signing of Buchan two years earlier.

It could be argued that Norris, if he was still in control in 1925, wouldn’t have had the money or the inclination to make under-the-counter payments to Buchan as a sweetener to lure him south from Sunderland. 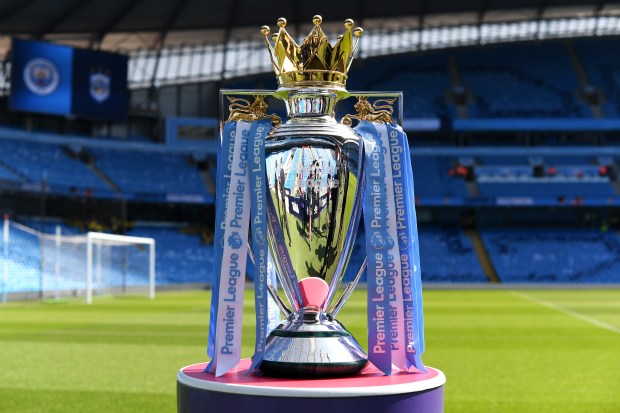 Tottenham had a golden period in the 1960s, but Arsenal have had more luck with silverware in recent years

Plus, we may never have known the phrase ‘sick as a parrot’, which is believed to have its origins in Tottenham. On the club’s voyage home from a 1908 South American tour, the ship’s captain presented Spurs with a parrot which lived happily for 11 years, but dropped dead following news of the club’s 1919 relegation, giving rise to the football cliché.

And there would still be a London tube station called Gillespie Road. Again, this was Chapman’s doing as he pushed for it be renamed after Arsenal Football Club in 1932.

Obviously, this is just subjective because nobody can really know what may or may not have happened (we have to point this out because people take it seriously).

Slaven Bilic returned to pile more misery on his former club West Ham as ten-man West Brom knocked the Hammers out of the FA Cup with a 1-0 victory at the London Stadium. Conor Townsend’s ninth-minute stunner was enough to send the Championship leaders into the fifth round despite Semi Ajayi’s red card with 18 […]

Kylian Mbappe signing for Liverpool would provide a ‘headache’ for Jurgen Klopp, according to Fabinho. The Frenchman has been linked with a move to Anfield and his former Monaco teammate has insisted he would improve any side in the world. Mbappe has netted a staggering 81 goals in 110 appearances for the French champions since […]

Jose Mourinho insists Tottenham are not to blame for the Christian Eriksen transfer saga. The Spurs midfielder, who was left out of the matchday squad for Saturday’s 1-1 FA Cup draw at Southampton, finally looks set to leave the club for Inter Milan in a £17million deal. Eriksen has been linked with a Tottenham exit […]

Chelsea secured safe passage to the FA Cup fifth round with a 2-1 win at Hull. After last weekend’s last-gasp loss at Newcastle was compounded by a late Arsenal leveller on Tuesday, Frank Lampard’s Blues avoided a frustrating week getting any worse at the Championship play-off hopefuls. Hull looked bright at times in front of […]

A non-league footballer has died in hospital after suffering a late night assault. Jordan Sinnott, who was on loan at Matlock Town from Alfreton Town, was found unconscious with a suspected fractured skull at about 2am on Saturday morning in Retford, Nottinghamshire. Officers initially responded to reports of up to eight men and women being […]

It seems that the Kenya Rugby Sevens team talents are not only on the pitch but they can also bust a move like Jagger on the dance floor. The team, led by their star player Collins Injera, jammed to singer Nadia Mukami’s song titled “Maombi”. All dressed in black pants and t-shirts the team showed […]