Liverpool and Arsenal have enjoyed many great Premier League clashes over the years.

When the two sides go head-to-head, especially at Anfield, there is never a shortage of goals.

The Andrey Arshavin show in April 2009 springs to mind as they played out a 4-4 draw.

The two Premier League giants, who have won both of their domestic clashes to date, will go head-to-head again this Saturday evening (5:30pm), LIVE on talkSPORT.

And ahead of that mouthwatering counter, talkSPORT.com has put together both sides’ greatest Premier League XI, and then made the final call on who would come out on top if they went head-to-head. 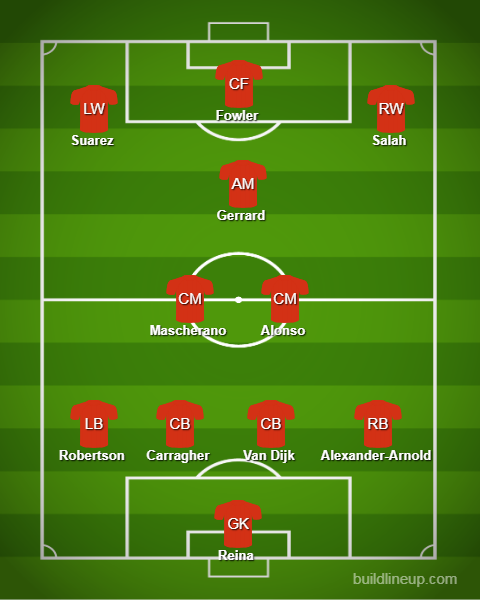 Such is the strength of Liverpool’s current side, three of their current backline make our all-time greatest XI.

Virgil van Dijk, formerly the world’s most expensive defender, has been a man-mountain at the heart of the Reds defence since his £75m move from Southampton in January 2018.

Andy Robertson and Trent Alexander-Arnold have also developed into two of the best young full-backs in the world, let alone the country.

The midfield speaks for itself, with club legend Steven Gerrard playing in an advanced role, with Xabi Alonso and Javier Mascherano playing behind him.

For all the controversy that surrounded Luis Suarez during his spell at Anfield his impact on the field was unquestionable, helping the club end their long Champions League hiatus and delivering match-winning performances week after week.

Therefore, he gets the nod ahead of the likes of Fernando Torres and Michael Owen on the left-hand side of a three-man attack.

Pepe Reina gets the nod in goal, although if Alisson continues to star, he could go well go down as Liverpool’s greatest ever ‘keeper. 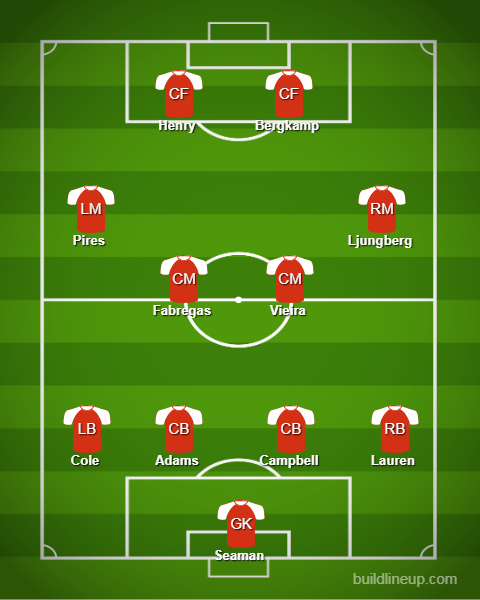 With the exception of David Seaman, Tony Adams and Cesc Fabregas, the rest of the members of this star-studded line-up were part of the 2003/04 Arsenal Invincibles side.

Sol Campbell and Adams were imperious at the back for the north London side, while Ashley Cole and Lauren developed into top-class full-backs during their respective stints with the club.

A midfield combo of Fabregas and Patrick Vieira in their peak would have been a match for anyone, while Robert Pires’ and Freddie Ljungberg’s inclusions are more than justified.

Arsenal have not been short of attacking talent over the years, but the Thierry Henry and Dennis Bergkamp partnership was simply one of the best in the Premier League era, thus has to make an appearance in this all-time best XI.

There’s really not a lot of difference to choose between either of these two sides.

Both teams are packed with quality, especially from a defensive sense.

You could see the Gunners edging the battle in the middle of the park, but Liverpool’s pace on the flanks could cause serious problems.

It could go either way in all honesty, but a Thierry Henry in his prime would prove a pivotal factor and swing the momentum in Arsenal’s favour.

Saturday is GameDay on talkSPORT and talkSPORT 2 as we become your go to destination for all the Premier League action. We’ll bring you LIVE commentary of Premier League games across all three time slots on Saturday – 12.30pm, 3pm and 5.30pm – including Arsenal’s trip to Liverpool this weekend.

Former Arsenal star Perry Groves has slammed the current Gunners squad for their ‘lack of desire and hunger to win’ after their shock Europa League exit. And he believes there are as many as NINE players the club must sell this summer to back Mikel Arteta’s rebuild at the Emirates Stadium. Arsenal have failed to […]

Mohamed Salah has been synonymous with Liverpool’s rise to become the best club side in world football. In less than three seasons, he has scored an astonishing 89 goals in 139 games and won the Premier League golden boot twice. Salah’s journey at the Merseyside club started in 2017 on his debut at Watford and […]