talkSPORT.com rounds up all the latest transfer news and football gossip from Sunday’s papers and online… 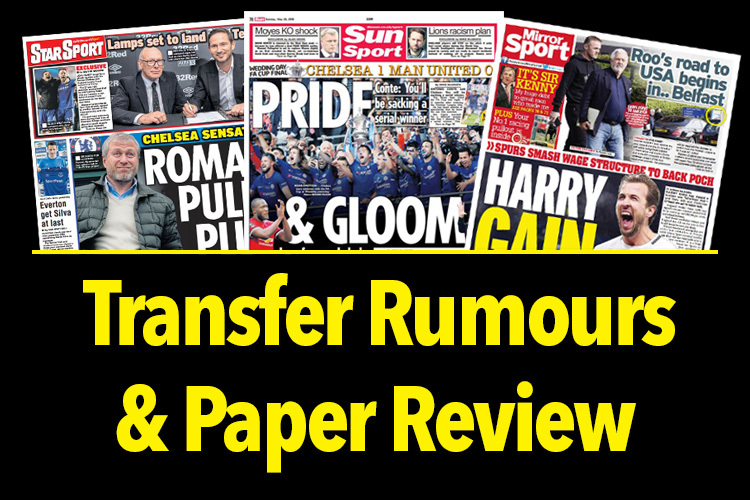 Idrissa Gueye is set to play his final game for Everton on Sunday with both PSG and Manchester United circling the Senegal international midfielder this summer. Everton are understood to accept that 29-year-old Gueye wants to leave the club though the Merseysiders will look to collect around £40million with the player having three years left on his contract. (Mail)

Everton are also battling to keep hold of another player with Brazilian star Richarlison a wanted man this summer. Atletico Madrid and Paris Saint-Germain are both ready to step up their chase for the £70million-rated Everton striker. (Mirror)

Everton have opened talks with Barcelona over the signing of Andre Gomes. But Blues boss Marco Silva says the club still have work to do in order to convince the on-loan midfielder to stay at Goodison. (Liverpool Echo)

Arsenal are moving to secure the long-term future of their lethal strike force Alexandre Lacazette and Pierre-Emerick Aubameyang. The duo were the goalscoring heroes against Valencia in the Europa League semi-final. Talks are planned this summer to extend the contracts of the pair as Arsenal look to avoid further loss of key players. (Mail)

Fernando Llorente is set to LEAVE Tottenham despite his Champions League heroics. The Spaniard, 34, is out of contract this summer and Spurs are already looking at back-up options for Harry Kane next season. (Sun)

Juventus have reportedly met with Alexis Sanchez’s agent to offer him a route out of his nightmare stint at Manchester United. The 30-year-old has struggled to make an impact at the club since joining from Arsenal in January 2018. (Mail)

Brendan Rodgers is eyeing a reunion with Bournemouth winger Jordon Ibe. The Leicester boss gave Ibe his debut at Liverpool and he still remains a huge admirer of the 23-year-old attacker. (Sun)

Newcastle owner Mike Ashley is ready to offer Rafa Benitez a deal worth up to £15million — but only for ONE YEAR. Ashley wants to keep the Spaniard as boss and offer him the staggering sum that includes a huge basic of around £240,000-a-week plus a survival bonus. However, the Toon Army supremo is pushing for a short-term contract only. (Sun)