talkSPORT.com round up all the latest transfer news and football gossip from Thursday’s papers and online… 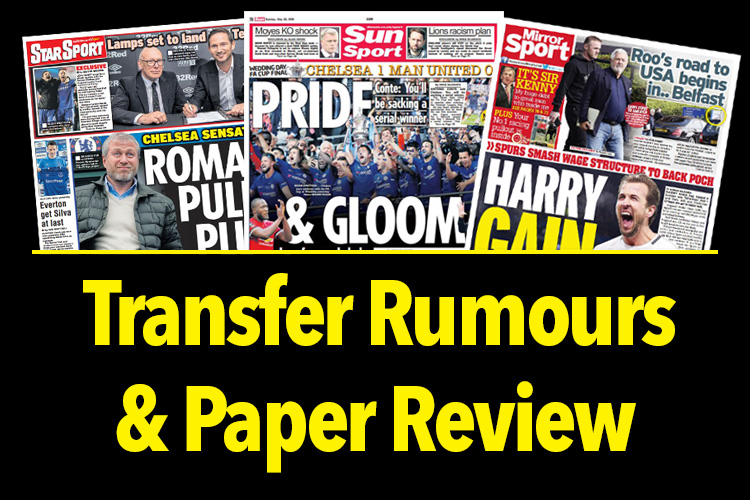 Borussia Dortmund will put a £100m price-tag on England winger Jadon Sancho this summer, and will look to sign 18-year-old Chelsea starlet Callum Hudson-Odoi if they need to replace him. (Daily Mirror)

Manchester United are free to pursue Sancho this summer, because Manchester City did not insert any clause stating he could not join their rivals when they sold him. (Evening Standard)

Former Liverpool star Philippe Coutinho could leave Barcelona this summer, with the Spanish giants ready to listen to offers for the £142m signing. A move to Paris Saint-Germain is said to be his most likely destination. (Goal)

Barcelona have also cooled their interest in Antoine Griezmann, amid speculation Manchester United will push to sign the in Atletico Madrid star. (Daily Mirror)

Arsenal will have to battle Bayern Munich in the race to sign Lille and Ivory Coast winger Nicolas Pepe. (Bein Sports)

Chelsea could bring 24-year-old centre-back Nathan Ake back to Stamford Bridge from Bournemouth, amid reported interest from Tottenham and Napoli. (De Telegraaf)

Chelsea’s on-loan midfielder Mateo Kovacic wants to join another Premier League club rather than return to Real Madrid, if he doesn’t end up staying with the Blues.(Marca)

Liverpool full-back Alberto Moreno is close to signing a pre-contract with Lazio, with the Spaniard’s contract set to expire at the end of the season after five years at Anfield. (The Independent)

Barcelona are preparing a £43m bid for Serbia striker Luka Jovic, 21, who has starred on loan with Eintracht Frankfurt in the Bundesliga this season. (The Guardian)

Raphael Varane: Where could World Cup winning defender go next?