We’ve all seen top footballers promote various things from time to time and it seems the vast majority of sportsmen like gaming.

However, for Ubisoft’s latest instalment in the Tom Clancy franchise The Division 2, the developers got creative with their sporting associates and moved in a totally different direction. 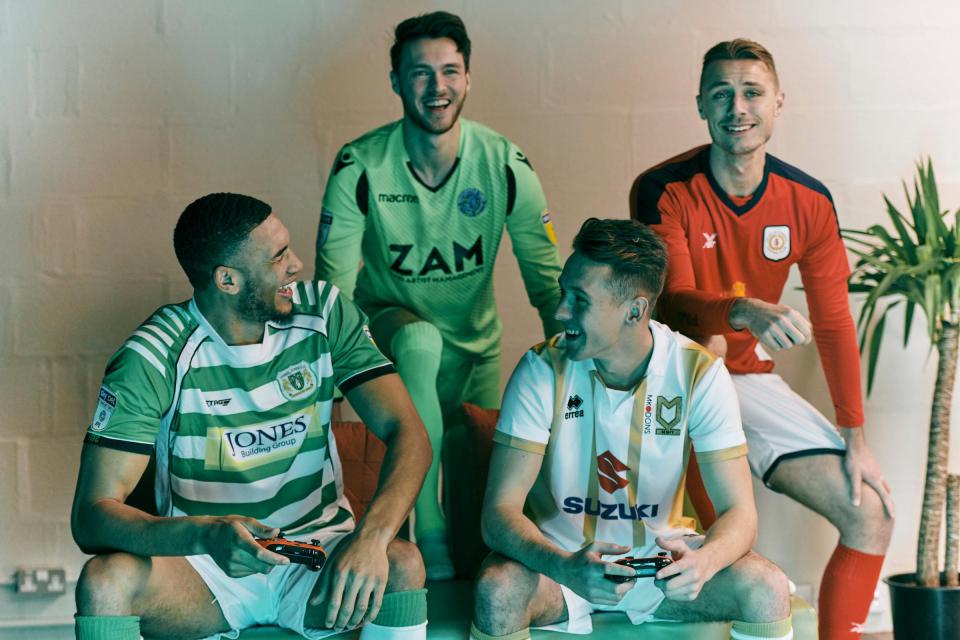 Naturally, the link between Division 2 and League Two shouldn’t take much to get your head around. Many of you will also remember Taylor and his left-peg from his Premier League days and he explained why it’s so cool to get involved with such a huge game.

“Each division is different, but the one thing that remains is true passion for the game. It’s great to see Ubisoft recognise that by signing us up for The Division 2. We’re thrilled to be joining the Private Beta, playing to launch and beyond. I look forward to seeing Division 2 fans in the Dark Zone!”

The Dark Zone Taylor refers to is the player-versus-player area on the expansive map where agents can find the best available loot and encounter other players online. While you can become friends with them, they can also kill you at a moments notice.

So if you fancy knocking some professional footballers about in the mean streets of Washington this weekend – virtually, of course – you know what to do.

Some semi-pro players must be thinking ‘please make a The Division 7!’

In the Beta, players will establish their Base of Operations in the White House before venturing out into a transformed Washington D.C., unlocking new skills and abilities while they upgrade to a level cap of seven.

The eastern part of the map will be open and it will feature two main missions, five side missions and three unique Dark Zones that Taylor is so clearly fond of.

Xbox One, PS4, and PC players can secure their access to the Private Beta by pre-ordering Tom Clancy’s The Division 2 at participating retailers, and players can still register for Beta access now for a chance to play at http://thedivisiongame.com/beta until February 11.

The game will be released in full for Microsoft Windows, PlayStation 4 and Xbox One on March 15, 2019. To preorder the game, click HERE.

Kyle Walker has apologised for his actions after reports emerged claiming the Man City defender ignored the government’s guidelines on coronavirus and hosted a ‘sex party’ during lockdown. Despite urging fans to stay at home on Wednesday, it is alleged the England international invited a friend and two prostitutes to his Cheshire flat the night […]

Sunderland should not feel hard done by having a Netflix documentary made about them. This is the view of Sunderland ‘Till I Die executive producer Leo Pearlman, who believes that the Netflix series giving behind-the-scenes access has benefited the League One club. The first series documented the Black Cats’ disastrous 2017/18 campaign where everything seemed […]

England boss Gareth Southgate has agreed to a 30 per cent pay cut as pressure rises on Premier League footballers to do the same. The wage deduction would see the Three Lions manager give up nearly £1million of his £3m salary to help the FA handle the coronavirus crisis amid financial concerns for the governing […]

Bayern Munich players are set to return to training for the first time since the Bundesliga was suspended on March 13. The German top flight recommended clubs should not train until Sunday, April 5 and the division pace-setters will welcome back players in small groups from Monday. A club statement read: “The FC Bayern Munich first […]

Whatever the sport, this lot changed the game and here, talksport.com looks at those pioneering men and women every week. Up next is the man they call Notorious… “Sorry I’m late, traffic was bad – there must be a McGregor show on because Vegas is packed.” Conor McGregor likes being Conor McGregor. This ‘apology’ to […]

A Facebook group known as ‘254 Diaspora Djs Live on the mix’ has gained popularity during the time the governmnent has effected a 7pm to 5am curfew to stem the spread of the deadly coronavirus. The group started in March, now has slightly more than 40,000 members. Kenyan DJs based in various countries have been […]

School where Kindiki was filmed building mud-walled classrooms gets Sh10m