Manchester United are expected to be one of the busiest clubs throughout the January transfer window, which officially opened on New Year’s Day.

Signings are expected and some big names could also leave, but how could United look come the end of the window and the start of February?

talkSPORT.com have assessed the possibilities and built a potential Manchester United line-up after the close of the January window.

You can see the team below…

Solskjaer has preferred a 4-2-3-1 system since his appointment as caretaker manager, utilising the same basic set-up as Mourinho but with a much more offensive mindset.

A large core of the team will remain the same beyond January and into the foreseeable future, with the likes of David De Gea, Nemanja Matic, Paul Pogba and Romelu Lukaku forming a solid enough spine throughout the centre of the team.

Where this spine is weakest, however, is in defence.

Phil Jones, Chris Smalling and Marcos Rojo are clearly not of the requisite quality to remain starters for a team with Manchester United’s ambitions, while Victor Lindelof and Eric Bailly seem to exist on the cusp of being good; the pair have shown flashes of talent, but no one thinks they are worth building a side around.

It is no surprise, then, that bringing a new central defender to Old Trafford is seen as a priority.

Mourinho was angered by the club’s failure to sign a centre-back throughout the summer, and it appears those in charge are ready to give in to the Portuguese’s wishes – a month after they sacked him.

Kalidou Koulibaly, the Senegal and Napoli star, is allegedly Man United’s prime target, but it will cost a pretty penny to secure his signature; The Guardian say Napoli will only sell the 27-year-old for £107million.

Man United may be willing to match this fee to bring one of the world’s finest defenders to Old Trafford, and they could spend a further £34million on another centre-half to partner Koulibaly.

Roma’s Kostas Manolas has also been linked with Man United, and the Mirror claim the Red Devils are ready to trigger the Greece international’s release clause.

A centre-back partnership of Koulibaly and Manolas would instantly see Man United’s defence rated as one of the best in the Premier League, and they would be joined by Luke Shaw – who has been perhaps the club’s best player this season – on the left flank, and Ashley Young on the right; despite Diogo Dalot’s recent rise to prominence, Young has been preferred as a starter by Solskjaer.

The midfield three appears likely to remain as is, with Nemanja Matic and Ander Herrera playing just behind Paul Pogba, who has really burst to life since Solskjaer moved him higher up the pitch to the number 10 position.

Some Chelsea fans 'delighted' with Willian's injury against Southampton

'What exactly do you lot know?' – Durham tears into Arsenal fans

party in the usa

Romelu Lukaku is expected to continue as United’s first choice centre-forward, though he can rotate with Marcus Rashford, who himself is likely to rotate on the left flank with Anthony Martial.

As he did with a central defender, Mourinho also campaigned for Man United to sign a right winger during much of his spell as manager. And, again, United may now splash the cash on one of Mourinho’s targets after his dismissal.

The Red Devils are believed to have bid £54million for Douglas Costa, the Juventus and Brazil forward, who has proven his quality at the elite level since joining Bayern Munich in 2015.

He may be tempted to leave Juve in January given the reduced game time he has had to deal with this season, with just four league starts recorded since the beginning of the campaign.

Costa would be bought to become a guaranteed first team starter, and he could solve the right flank problem that has plagued United over the last few years.

A signing made last January to solve this problem has not worked out; questions remain over Alexis Sanchez’s long-term future at United, and he could be sold this month.

Man United are unlikely to complete further business given they still do not know who their manager will be beyond the end of the season, but with these three signings Solskjaer will have a truly formidable starting line-up for the remainder of the 2018/19 campaign. 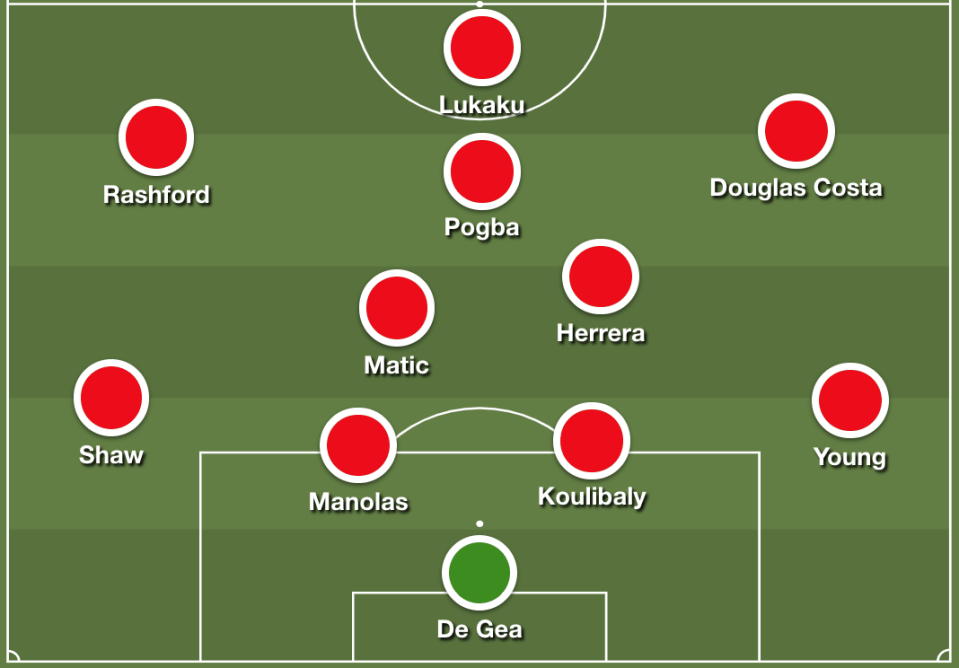 4 thoughts on “Manchester United transfer news: How Red Devils could line-up at end of January window with Douglas Costa and £141m duo”