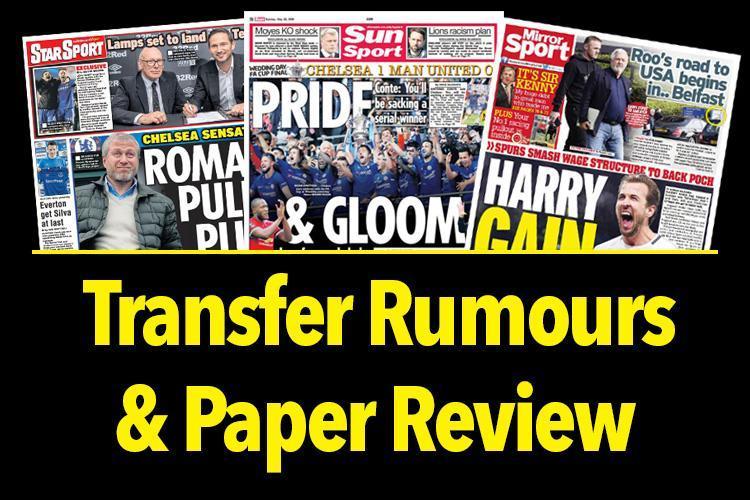 Eden Hazard could be on his way to Real Madrid in the summer. According to reports in Spain, Los Blancos are willing to offer midfield duo Isco and Mateo Kovacic to Chelsea as part of a deal to sign the Belgian ace – FULL STORY

Manchester City and Manchester United target Douglas Costa will NOT be sold by Juventus in January, claim reports in Italy. (Calciomercato)

Arsenal legend Thierry Henry wants to bring Tottenham midfielder Mousa Dembele to Monaco. The Belgian who is out of contract in the summer. (Le Sport 10)

Tottenham are considering a £15million bid for 18-year-old Norwich right-back Max Aarons. German club RB Leipzig are also interested in the England Under-19 international. (The Sun)

Newcastle United manager Rafael Benitez has admitted the club are unlikely to be ready to make an early signing in the January transfer window. (Newcastle Chronicle)

The Hornets are already planning for the star’s potential exit and may move for 24-year-old Nice midfielder Adrien Tameze as a replacement. (Daily Mail)

Everton forward Nikola Vlasic, 21, wants to stay at on-loan club CSKA Moscow, but one of the Russian club’s chiefs has admitted they may not be able to afford to sign the Croatia international permanently. (Liverpool Echo)

A number of Premier League clubs are interested in West Brom striker Jay Rodriguez, who has 12 goals in the Championship this season. (The Times)